Stay tuned!  Don't touch that dial!  That's right, this week's Ten on Tuesday topic is . . . Things to Do Instead of Watching TV.  I think we need a soundtrack. . .

Now.  I don't watch all that much television.  Oh, sure.  I have my thing for Don Draper Mad Men. 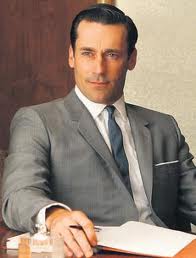 And I'm really looking forward to the next Project Runway season (this Thursday, folks!). 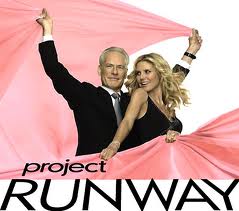 And, yeah, those Glee kids have totally stolen my heart. 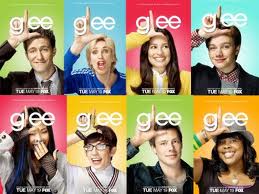 But.  I tend to watch television on MY terms.  The tv is never just turned on for "background noise."  Tom and I rarely just turn on the tv and surf.  (I can't make this claim for Brian, however.  He's a bored 18-year-old on summer vacation.  He heads into the man-cave that is my family room and watches plenty of crap that is, unfortunately, targeted to his demographic.)  Anyway.  I don't watch tv news, I don't watch sports (except hockey sometimes), I don't watch daytime shows, I don't watch talk shows, I don't watch commercial television (sorry Don Draper).  I do, though, watch DVDs of tv shows; I watch episodes on my computer; I use my DVR and record things to watch later (without commercials).  So I can't claim a tv-free existence -- but I can claim to watch tv the way I want to watch it.

What do I suggest for things to do BESIDES watching tv?  Well. . . We now return you to your regularly scheduled broadcast!

I can't say I like cleaning either, but if I have the TV off I am more likely to get some of the chores done around the house :-D

Awesome video! I watched the entire thing VERY CLOSELY just to verify that it really WAS Clapton in the pink suit.

Unfortunately DH is a TV addict. When he's around it's on constantly and sometimes in many rooms at once. Uff. So when I'm home alone I don't usually turn it on so I can store up some quiet time....

AWESOME VIDEO!! A day with Mark Knopfler is a great day... and Eric Clapton is frosting (pink!) on the cake. ; )

The radio or an iPod are much better company than TV. However, I do watch Don and few other shows, but mostly due to Smith's love of TV. We watch mostly movies and Netflix, but more in the winter. I'd sure love to see our cable go! You've got the right idea. AWESOME video...that's what should be on TV!!