Friday Round Up: Tech Edition

Earlier this week, Norma blogged about her laptop mishap.  Seems she had several things to load into her car, and forgot that her laptop was still . . . well, not packed.  She inadvertently drove over her computer, as it lay in the driveway - waiting to be loaded into the car.  It could happen to anyone.

I wish it could happen to me. 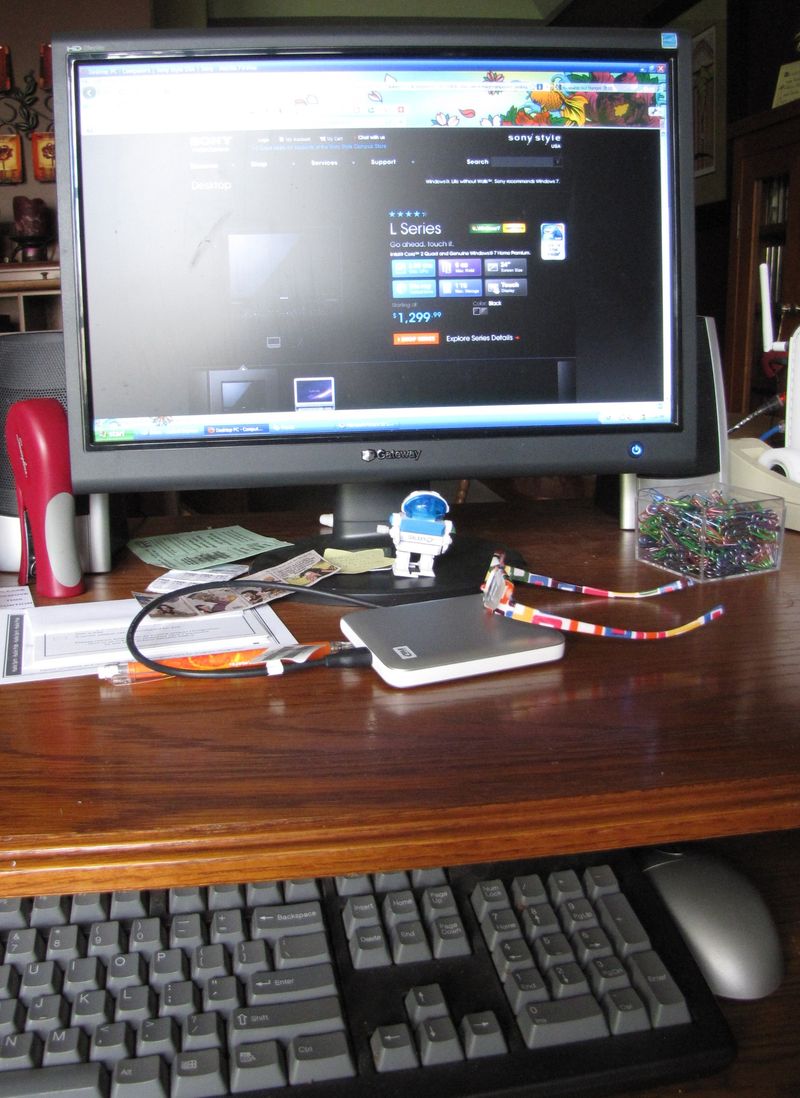 In fact, what I would like to do - Very Much - is to take my computer and throw it in the driveway.  No.  That is not strong enough.  I would like to hurl my computer with all of my strength into the pavement of my driveway.  (There.  Better.)  And then, I'd like to drive over it -- back and forth.  Many Times.  And I would laugh while doing it.  Maniacally.

Yes.  I'm having computer problems.  They've been . . . festering. . . for quite some time.  But now, I'm at that point where Something is Seriously Wrong.  The computer is old now -- probably 4 years -- so it is time to replace it.  Past time, actually.  But just the thought of setting up a new system is enough to make me queasy.  (iTunes alone makes me shudder in fear. . .)

I'm getting signals, though, that the end is near.   I'm taking drastic action.  I've already backed up my entire hard drive (wow -does THAT take a lot of time!), and this weekend I'll have Tom and Brian sync their iPods -- in case we're out of the music business for a while.

And I've started to shop for a new computer.

I'm liking this one.  Any suggestions?  (Please don't suggest a Mac.  I know.  I know.  But at this stage, I'm just thinking it will be easier for me if I stick with the tried-and-true PC.)  I'm ready to make the switch to a laptop, but I'd actually prefer a desktop model with a big screen -- especially if it could double as an HDTV with DVR! (What I'd really like is such a desktop AND a small laptop. . .)

So.  If I disappear for a few days, send up a smoke signal.  It will mean that my computer died before I could replace it.  Either that. . . or I ran over it out in the driveway.

This comic appeared in our paper the other day.

This is SO my life!  I haven't seen anything else that captures Life With an 18-Year-Old Son quite so well as this particular comic.

Last Friday I showed you a picture of what I was hoping was trillium, appearing in my garden.  Well.  Here's an update: 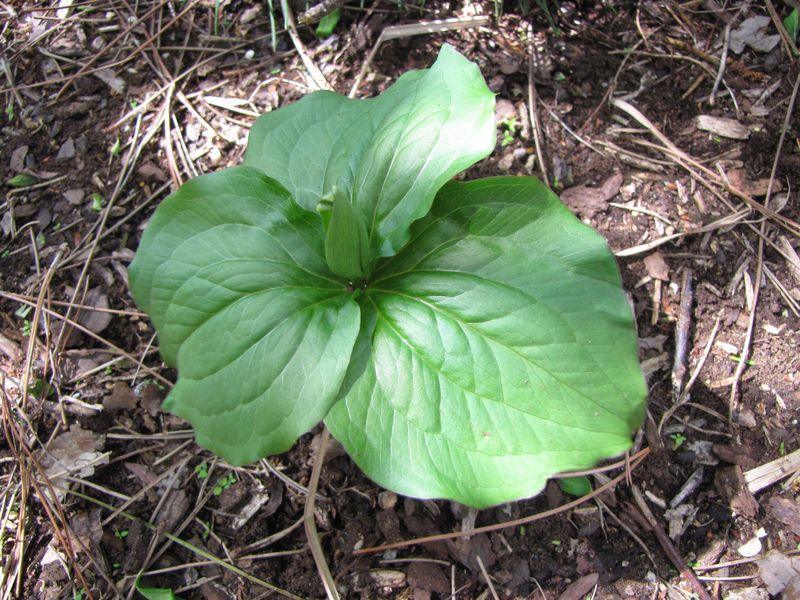 Looking for a quick way to do some good? 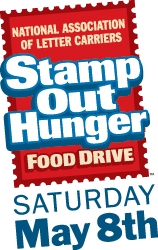 The US Postal Service is holding their annual Stamp Out Hunger canned food drive to benefit local food banks on Saturday, May 8.  All you need to do is set out a bag of healthy canned goods for letter carriers to pick up with your mail.  Click here for more information.

And, finally, some mind candy for Friday. 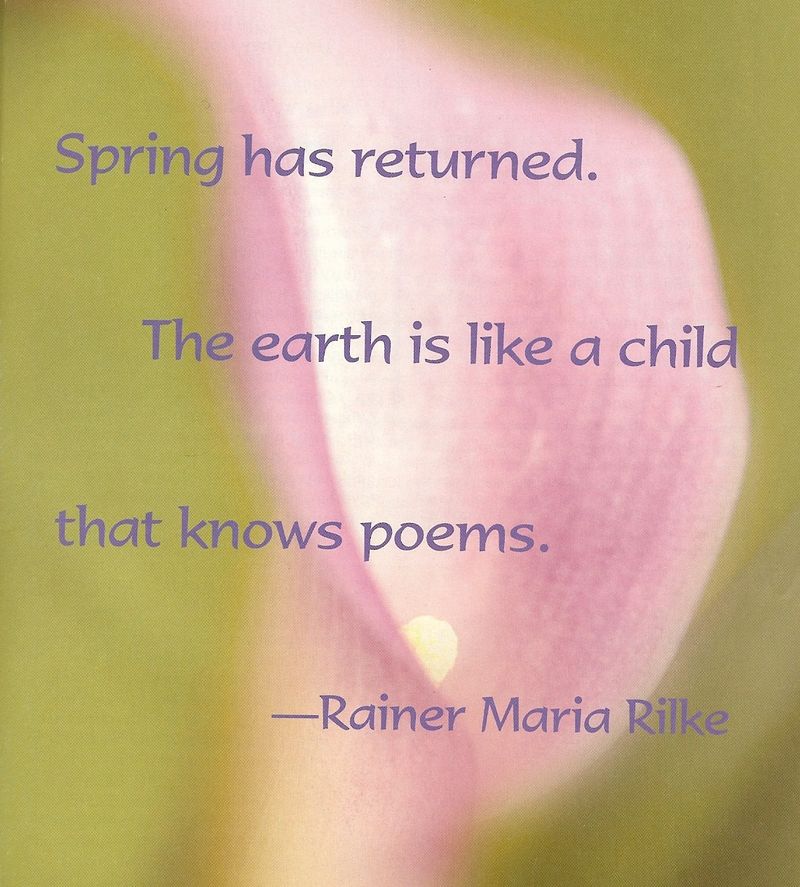 This morning my husband was loading my bags into my car for me, and asked, "Under which wheel would you like me to place these?"

My computer guru (the one who got all the date off my slightly compressed hard drive) today told me he loves Acer. LOVES. I'm going to look into them.

Oh my, I can certainly relate to the technical woes -- and your solutions -- WITH the same maniacal laughter. There was a guy who got in trouble a few years ago for smashing his computer with a sledge hammer at a Gateway store (remember those?) -- that was not far from here, and I can SO relate!!

Anyway. I bought a laptop and ended up getting a monitor because of color issues (important when processing photos), and also because it's bigger. There's a lot to think about and consider these days in regards to what you actually will do -- viewing TV and movies, for one. I'm rambling... this kind of stuff turns my mind to mush. GOOD LUCK!!

Smith's an Acer fan, but I really can't be much help. Sending good computer vibes your way!
(I'd love to have a netbook!!)
I hope you will show each step of the trillium's progress. They're so beautiful.
Happy Spring!!

I have an Acer Aspire 6920 which I rate, I have a DELL Inspiron for work which I use with a flat screen monitor. Sony's have a good reputation.

A laptop with plenty of RAM and hard disc plus a big screen gives you the best of both worlds.

I use my work kit in the office upstairs but I use my personal laptop on a small table in front of my knitting chair (and now I am home alone all of my stuff fans out around me)- which is useful for talking to Caitlin on Yahoo Messenger in the evenings.

Re Itunes - we had two Libraries to deal with when both me and C got new laptops a year or so ago. We found the easiest and most stress free way of dealing with it is to use the Itunes Back Up functionality to back it up to an Ipod - using the Ipod as an external disc drive. Restoring it was easy as Itunes seems to 'understand' what was what during the process.

Belt and braces on the backup (speaking from bad experience): I suggest you also find and copy your Favourites directory - if like me you have hundreds in there. Oh and copy all your PDFs to DVDs or an external pen drive, just in case.

I project manage the installation of big computer systems but doing anything for myself like this stresses me to the max and if something happens to the broadband ...

I have a 22" Sony Vaio all-in-one with the Windows Media and remote. I like it a lot. This is my second Sony Vaio (the other one still works after 7 years and a new hard drive).

One thing to ask about is whether the hard drive is divided, as both of mine had been. Then you want to install programs and keep your files on the D drive, as the C drive is used primarily for keeping your computer running fast. Some files, of course, need to be put only on the C drive.

Also, I have downloaded Hulu Desktop and it works with my remote control. Pretty neat. Here's the link:
http://www.hulu.com/labs/hulu-desktop

Good luck with your choice!

I was going to suggest Sony Vaio, then I clicked on your links... I have/had three and love them all. Good luck.

No advice. Just a hope that you can get the new box sorted because the old one dies. Trust me, if you don't, it will be a nightmare.

O.K., don't shout at me, but... My old Mac was over seven years old, and still usable, when I got my IMac and my beautiful, gorgeous and superb Macbook pro. They're so intuitive. O got to grips with it, without instruction, in about 5 mins, having only used PCs before. Fab graphics, much beloved by designers.
Sorry !

I'm firmly in the PC camp but, Colin of the Knitman blog has just bought a Mac after years of owning a PC and has found it very easy to transfer to and they are so pretty!

An addition to my comment above, I also have a wireless mouse and keyboard which makes things very neat and flexible. I have the laptop on a shelf above the desk

Computers tend to generate both love and hate at the same time in me. They are amazing but so darn irritating.

Good luck with deciding which brand to get but don't take too long....computers know just when to crash and take everything with them! o.0

Sorry, I was going to suggest a Mac. (There're very intuitive, so I don't think the switch would be that hard. Even my IBMer brother-in-law got a Mac for home after he fell in love with his iPhone. Don't tell!)

Oh dear. Yes, Kym--there's nothing like a stubborn computer to make you lose patience. Deep breaths!!! Hope you get a new one soon. Very soon.