This week, Kalamazoo is playing host to the National Curling Championships. 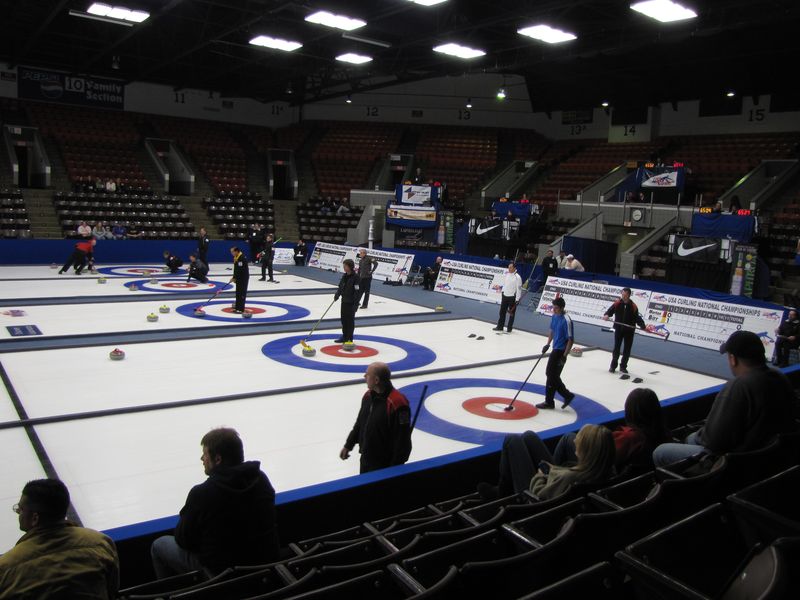 We went to check out the action the other night.  It's kind of like watching Olympic curling on tv. . . only. . . not really. 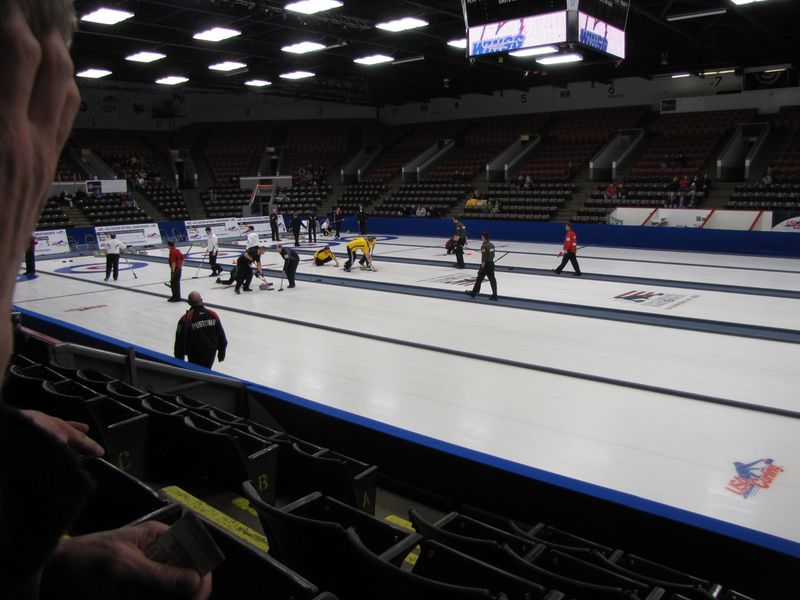 There are no announcers giving you the play-by-play, for example.  And there are five matches going on at the same time.  There are no "re-plays" to show you the good shots again.  And it's LOUD!  Those curlers yell directions to each other using rather unique sounds.

But it's everything you might expect of national-level curling action. 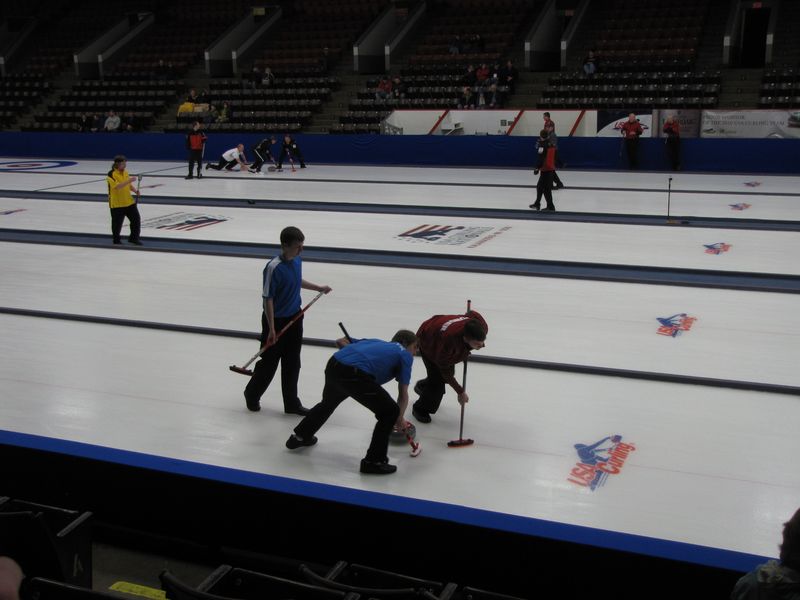 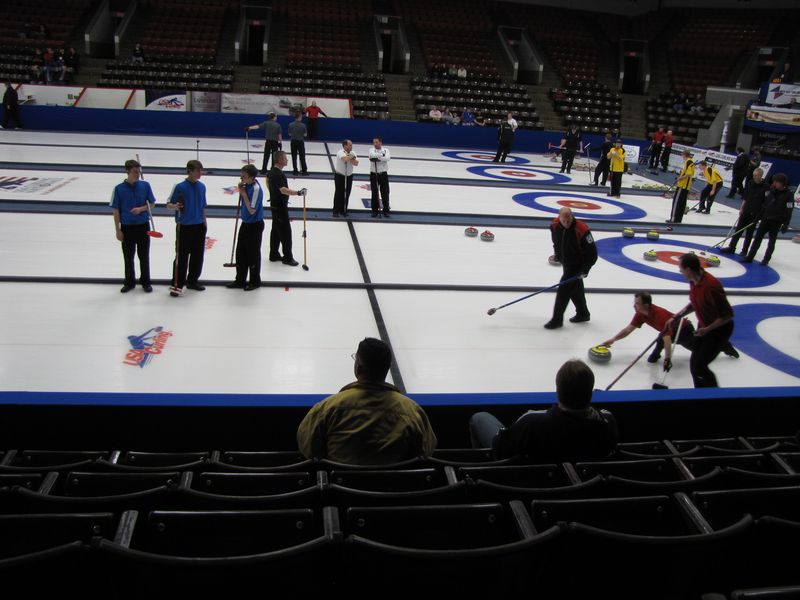 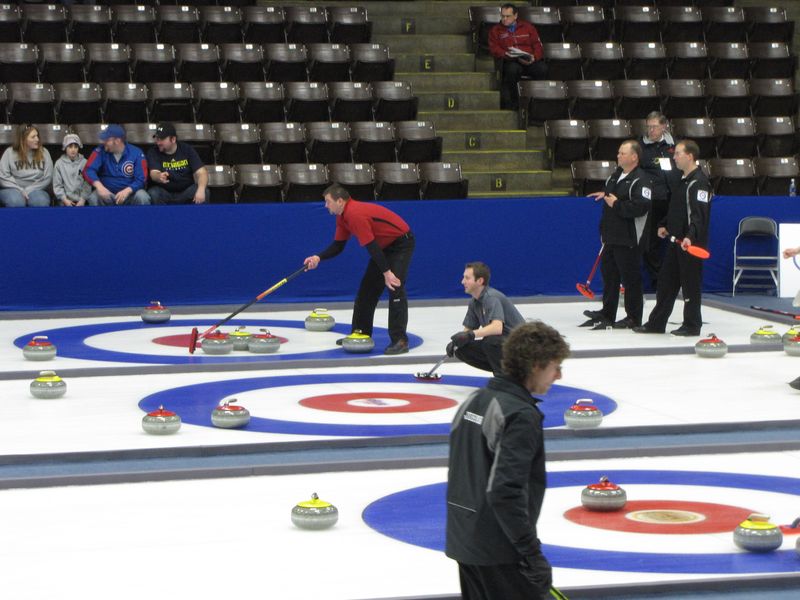 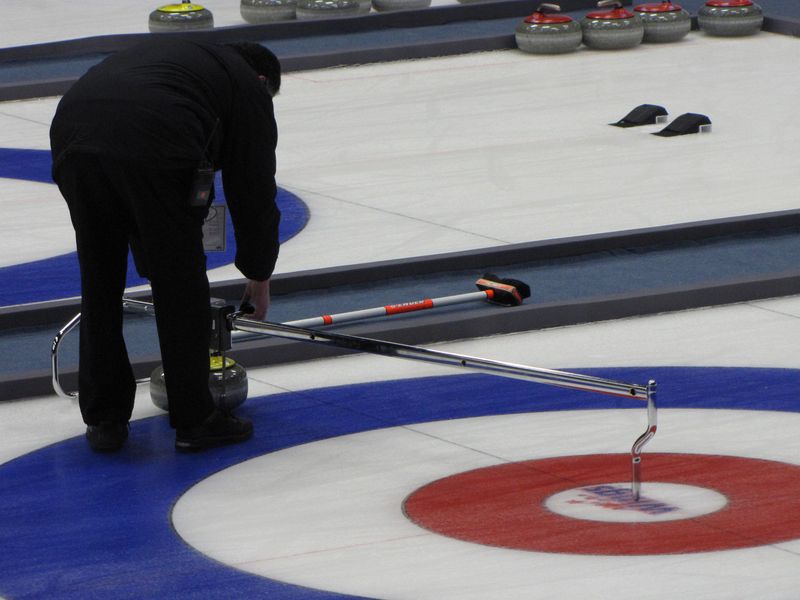 It was exciting to see "real" curling up close. 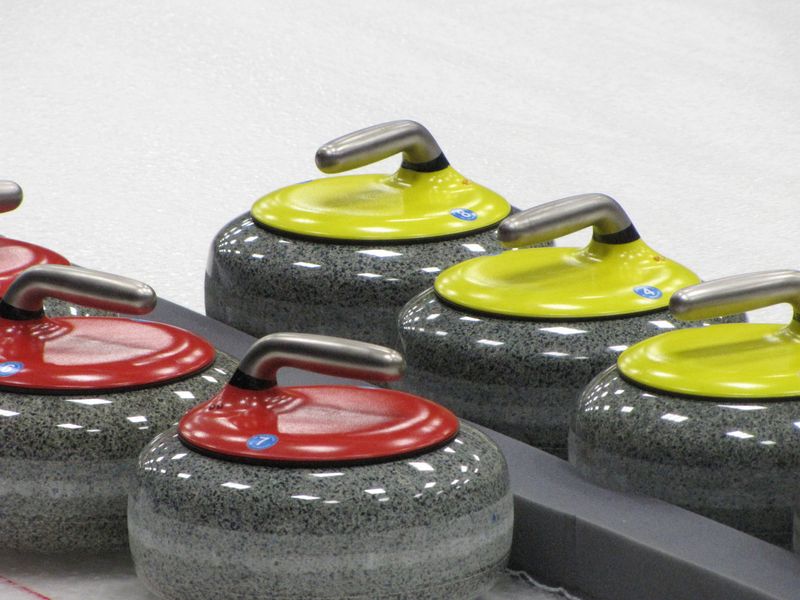 But it's a slow kind of sport.  Guess how I spent my time? 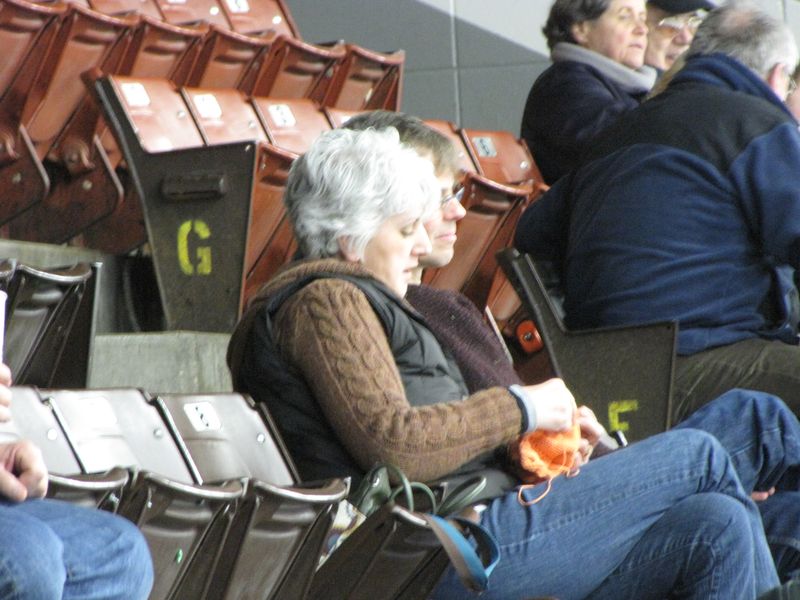 (Look at Tom and I . . . surrounded by wool!  He in his Cobblestone and me sporting my Central Park Hoodie!  Didn't notice until I just loaded the photo.) 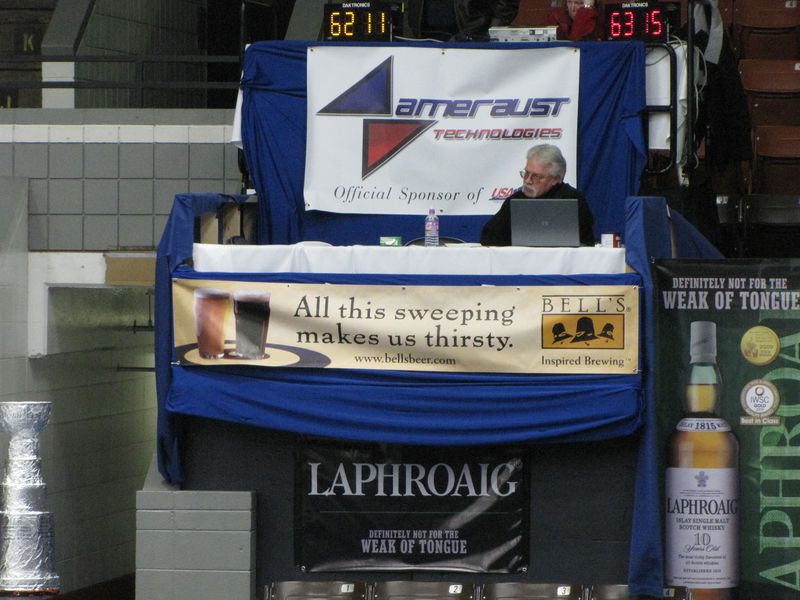 Looks and sounds interesting! Five games at once? Who knew?

And you had time to knit. It must be fairly exciting to see so many games going at one time.

It really does look like fun. I bet your Mom would have enjoyed it as well. All that intense sweeping - I need to do some of that here!

The curling's cool...but...what were you knitting?? I love the color!

It looks fun. I know my sweetie husband (who continues to get better--still coughing, however) will start curling soon. Yes, that would be me--knitting in the stands. You're a good wife, Kym!!