Rocks in the House

Every four years, the Olympics bring us sports that no one has ever heard of -- or, at least, sports that we don't really think about except during the Olympic competition.  Snowboard cross.  Nordic combined.  Two-man luge.  Skeleton.  And, for a lot of people, curling.

But not in our house.

My mom is Canadian. (Tom likes to call her "Alberta" -- because that's where she's from.)  When my mom was a school girl, she used to curl.  So I grew up sort of thinking that curling was. . . normal.  A bit obscure, sure.  But normal.  My mom used to explain the basics of the sport, and share The Lingo:  skip, rock, house, sweep.

I wish I had a photo of my mom curling.  Back when she was young, though, parents didn't snap photos of every little thing their kid did, and there apparently weren't any "team photo days."  But, here's a photo of my mom in high school anyway.  Just so you can imagine her throwing her rocks and sweeping her little heart out there on the cold Canadian ice! 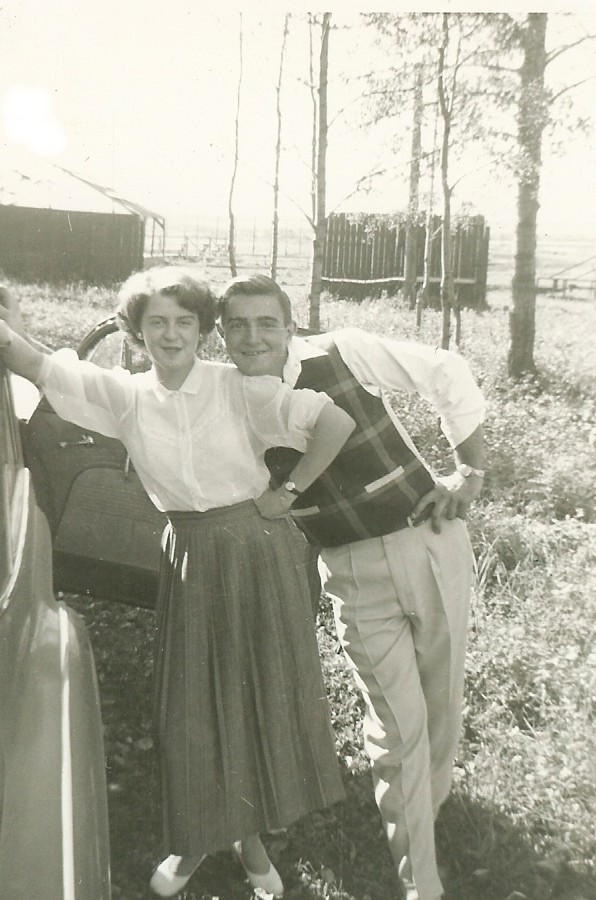 (Her dapper date is none other than my dad.  He isn't Canadian, and he's never curled.  She overlooked that -- probably because he was such a keen dresser, and had a hot car.)

All that curling knowledge has come in handy for me.  I don't curl. . . but Tom does!!! 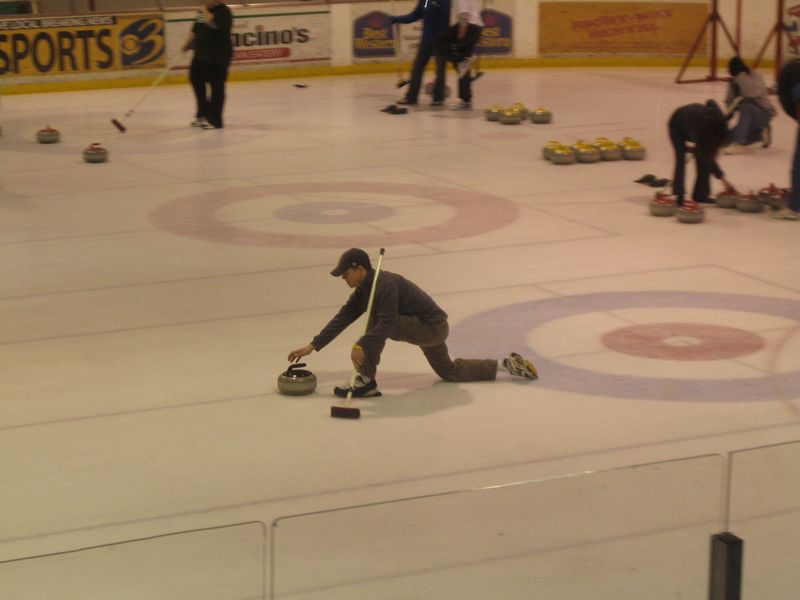 He curls on a league with the Kalamazoo Curling Club.  You can find him and his buddies on Friday nights at the ice rink.  Throwing rocks.  Sweeping.  Drinking beer.  (Me?  I watch from time to time, but mostly I stay home and take advantage of uninterrupted knitting time.) 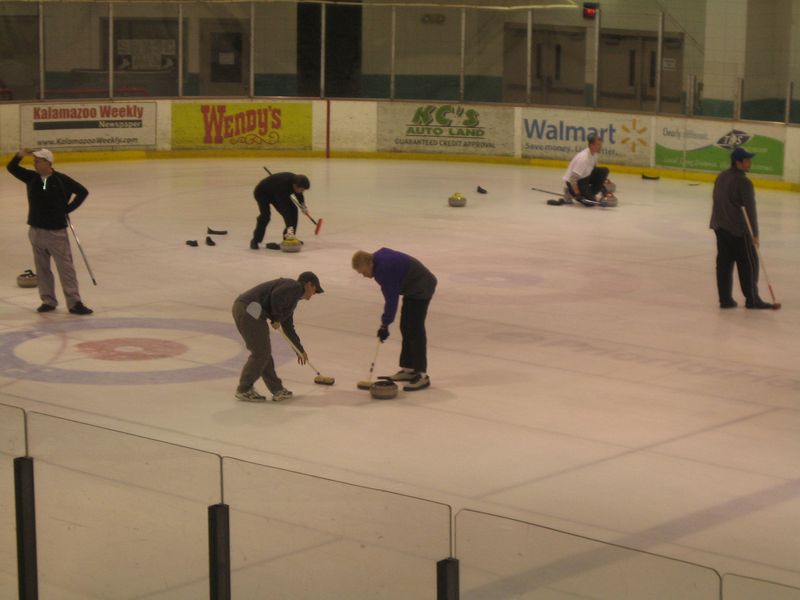 So, for me, curling seems more "normal" than some of the other Olympic events.  Fun to watch.  And, apparently, fun to do, too!

I am glad to know someone who understand what is going on in that game. Whatever it is, it looks like lots of fun to me.

I haven't seen the curling yet. Wonder when it is on? I don't understand the thrill of that one, but I am going to watch with an open mind this time and try and "get it". Guess your mom could tell us a thing or two! (wished she would)

All the games have been so very, very fun!

A couple of our boys have curled. There was a rink in the town where they went to high school. They really enjoyed it.

Love the pic of your mom & dad. Cute.

I've heard that the whole Olympic curling team is from Minnesota!

So interesting...I'll be watching tonight!

The picture of your parents is an absolute treasure.
The whole curling thing for me seems pretty mysterious.

My grandpa curled -- there was (still is) a curling club about a block and a half from their old house. I regret that I never went to watch him play. There's a local curling club, too, and one (or two) of the women in my knitting group don't actually attend much because that's curling night!

As you know I grew up in Montreal and curling was a Big Deal there. My uncle, now in his 80s, still curls and loves it. My sweetie husband is dying to try it so I've given him the Kalamazoo link!! Thanks, Kym!!

That's amazing! I wish some of the Olympic sports got more coverage during the off years. I'd watch curling and speed skating all the time!