Stepping Away from the Edge
Home Archives Profile Subscribe
Writing Them Down: Everything Else
It's Friday! Round'em Up! 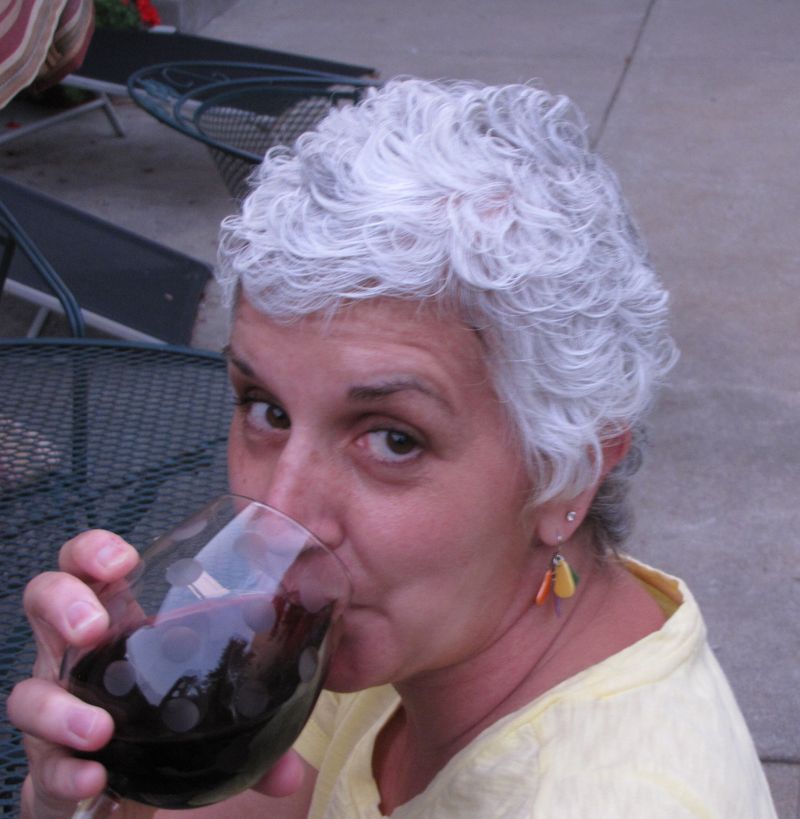 And here it was a couple of months later: 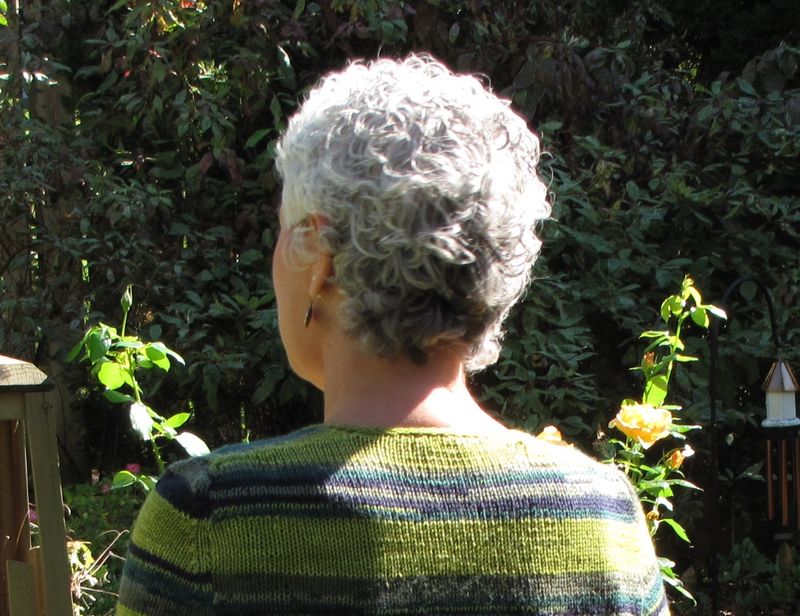 My doctor told me that "chemo curls" don't usually last longer than a year or so, and she expected that - eventually - my hair would calm down a bit.

Well.  I got a haircut last week (my fourth since August!), and . . . she was right!  The curls are on the way out!  Emily the Wonder Stylist concurs -- my hair is losing its curl.

Here's my new 'do from the back: 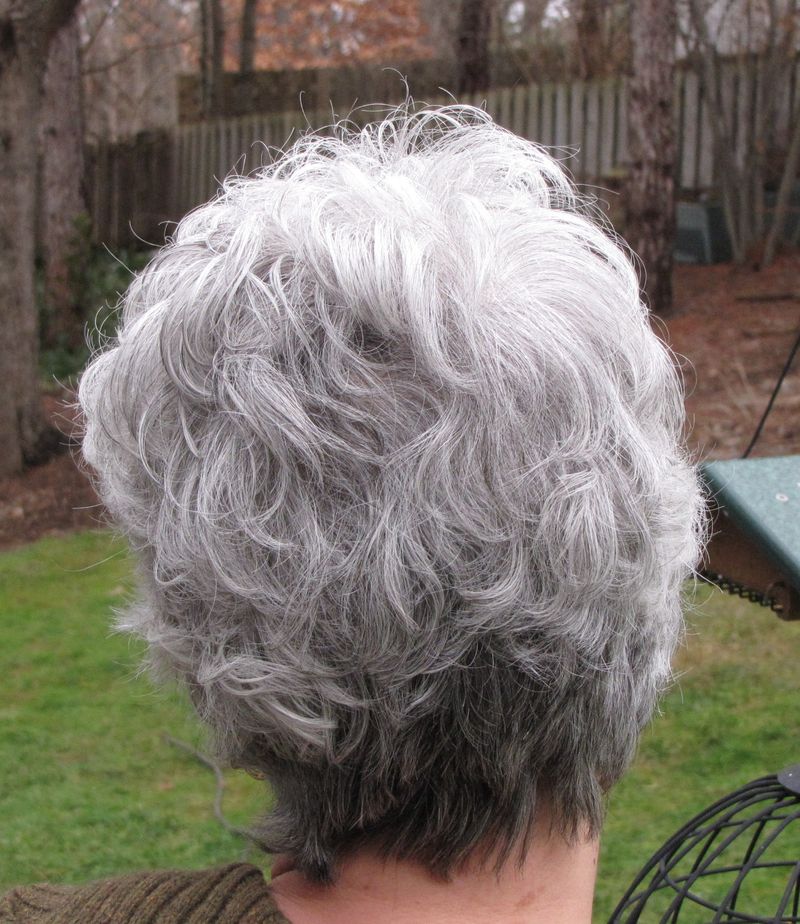 Much straighter -- but still some curl. 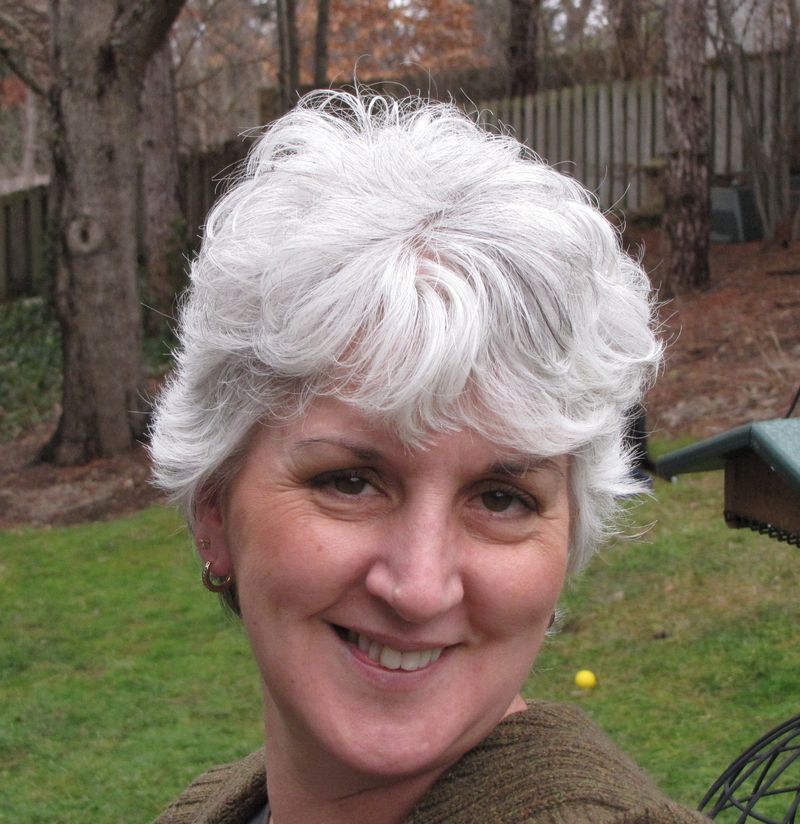 Emily says I'm looking "downright sassy!"  Sassy or not. . . I'm just happy to have hair to mess with again.

Yay for having hair, and pretty hair at that! If you had a magic wand, would you get the curl back?

Your hair looks great and even though the curl is easing it still has some nice body!

Kym,
The style is Very Flattering!

You look wonderful! Your hair is such a pretty silvery grey too. My Mom's is that color; mine went a much duller grey, so I pay to cover it up.

Fab cut !
I love your hair. I'm a strong advocate for the non dyeing of hair ! You look beautiful.

Your hair is so striking. It looks great! Curls, no curls, it doesn't matter. Congrats on your anniversary too... and here's to many, many more.

You look very Italian with the curls. And yes, I agree, you look sassy!

Lovely hair, I am glad you got it back :)

I like the waves - and it looks like you'll get to experience all kinds of hair before the regrowing ends - kinda fun. The color is cool too - you'll never look pasty and pale with such gorgeous shades of gray...

I've always had poker straight hair so if there's a silver lining from having to undergo such a horrendous treatment - it's getting curls for a year. ;) Congrats on being one year on.

Cute! Your hair has great body and the style suits you. I'd say sweet and sassy!