Last December, I joined the NaKniSweMoDo group on Ravelry.  The goal was simple:  knit 12 adult-sized sweaters within a 12-month period. 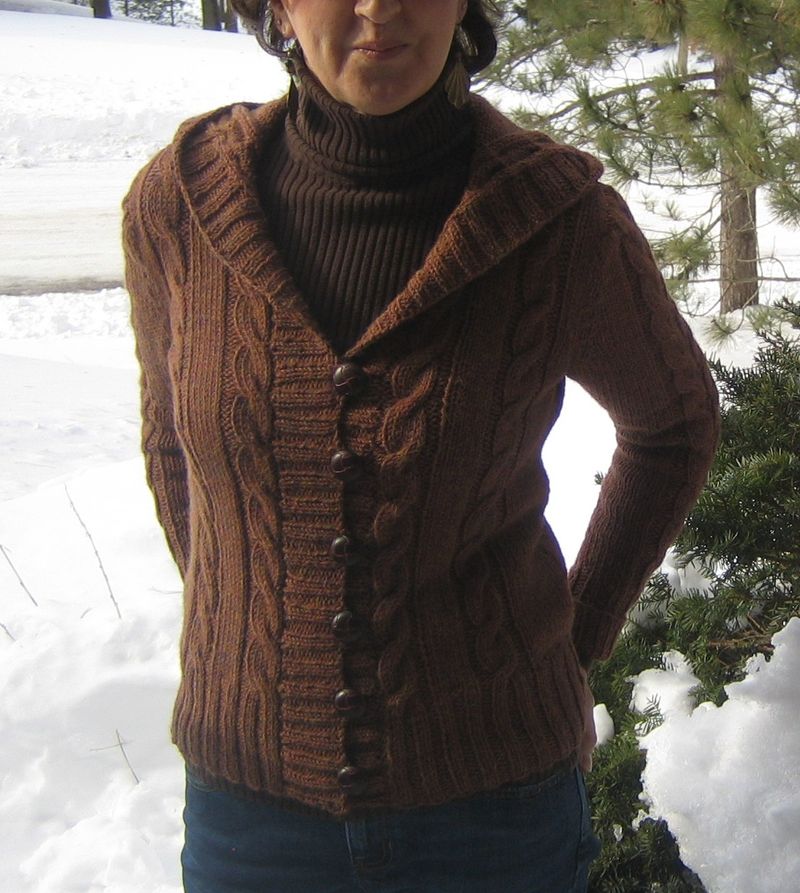 At that time in my life, I was ready for a long-term challenge (especially one with a focus on the future!), and I like knitting sweaters.  I was all in!  I didn't think it would be too difficult to manage --- after all, I had knit 11 sweaters in 2008 - with no "official" challenge or group to join. 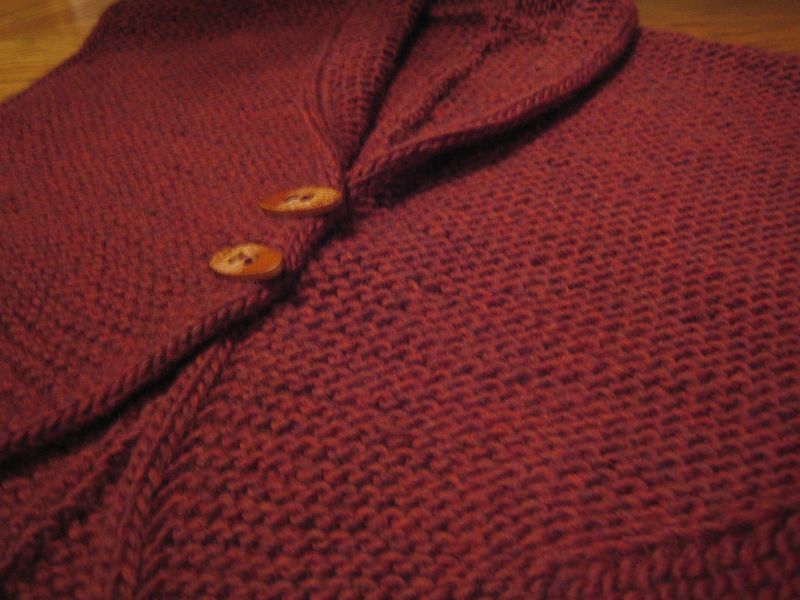 
But I was wrong.  This was an incredibly difficult challenge for me.  But not in the ways you might think.  I clearly had the time to knit 12 sweaters . 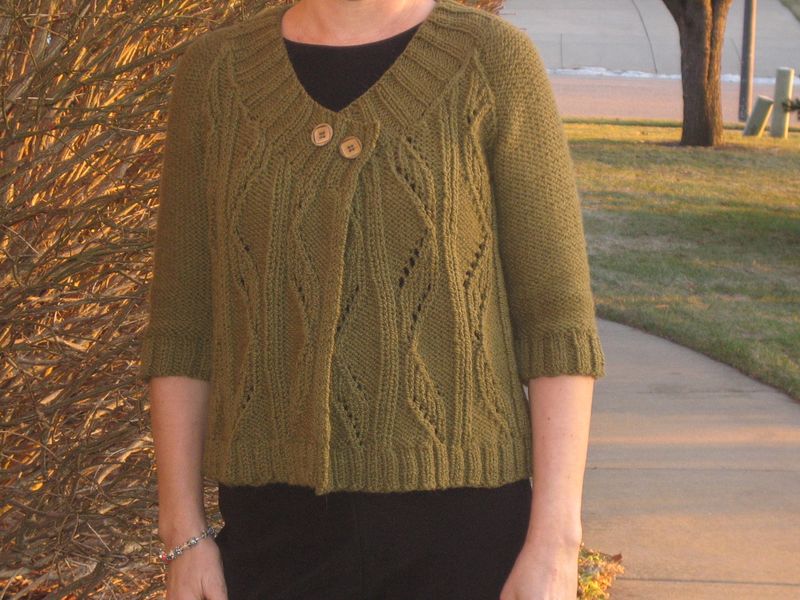 It was more . . . a general grumpiness-about-sweaters kind of issue.  Somehow, feeling like I had to knit sweaters. . . made me want to knit other things. 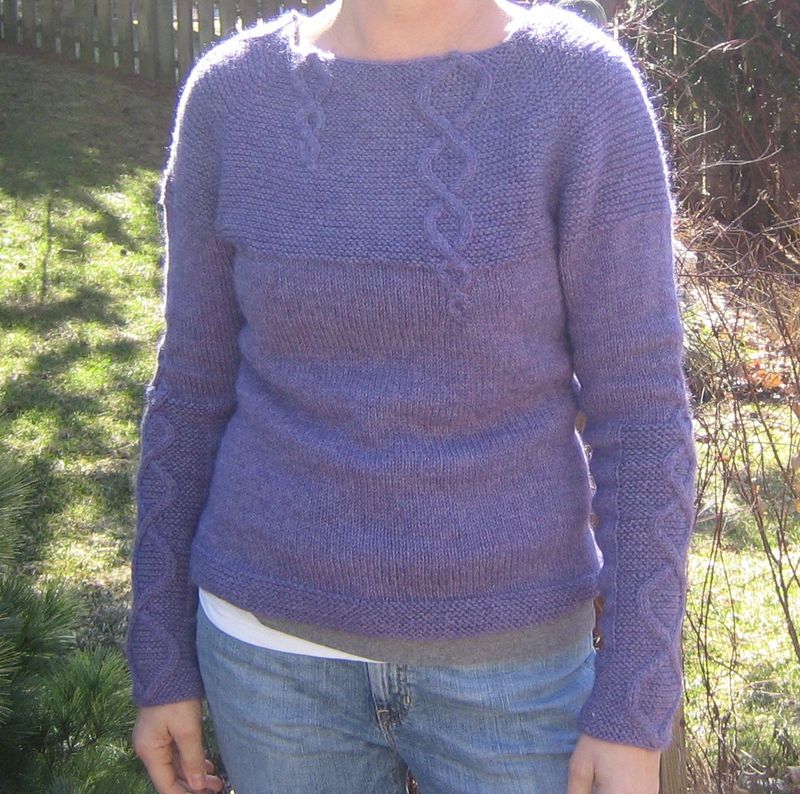 #4 Baby Cables and Big Ones Too 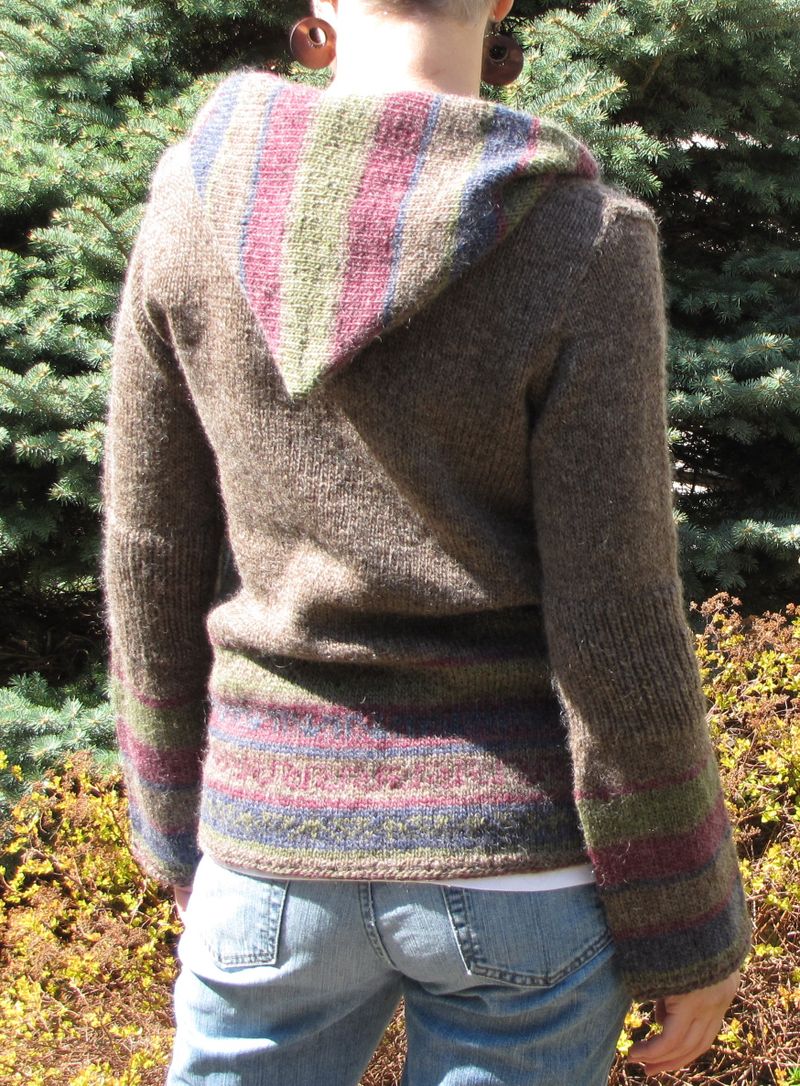 I could've let it go.  And, in retrospect, I probably should have.  I'd still have knit the sweaters.  But I'd have been happier about sneaking in a hat here. . . or a pair of mittens there. 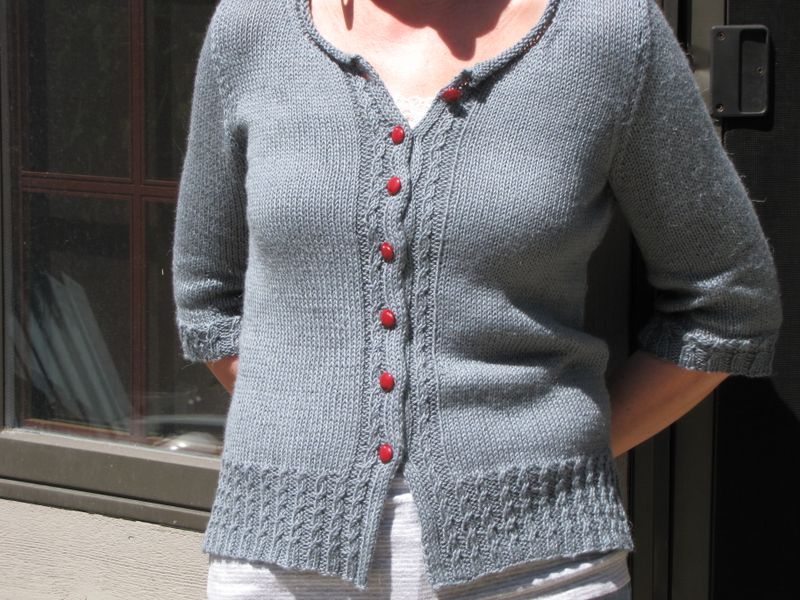 As people close to me know. . . I really (really) don't like to be told what to do.  ("You're not the boss of me!")  I tend to fight authority.  I think that came into play here with NaKniSweMoDo.  Even though . . . it was ME telling ME what to do! So.  I won't be signing up for NaKniSweMoDo 2010!  (If you're interested in giving this a try yourself, there is a 2010 group forming now on Ravelry.) 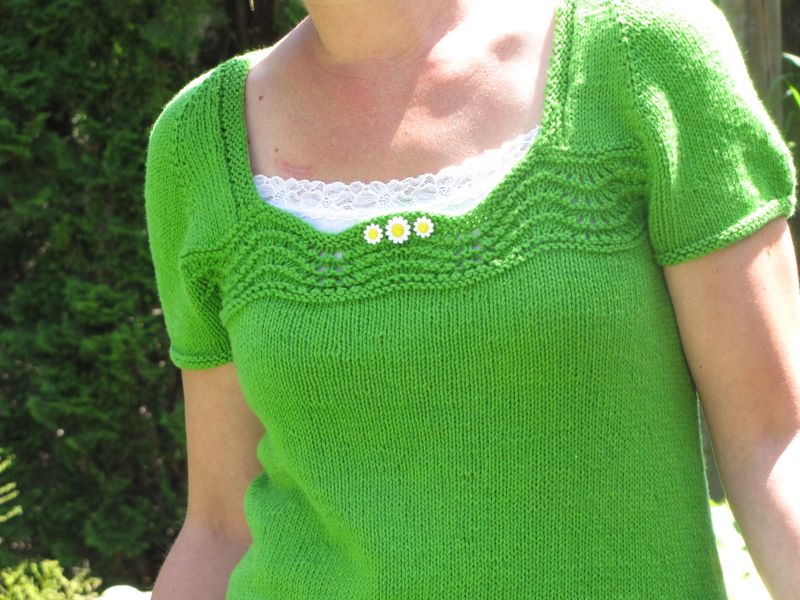 I'll still be knitting sweaters, though!

And I won't hesitate to sign up for interesting KALs.  Like NaKniMitMo 2010 (knit a pair of mittens during the month of January).  I like challenges and goals.  I like deciding to do something -- with intention. 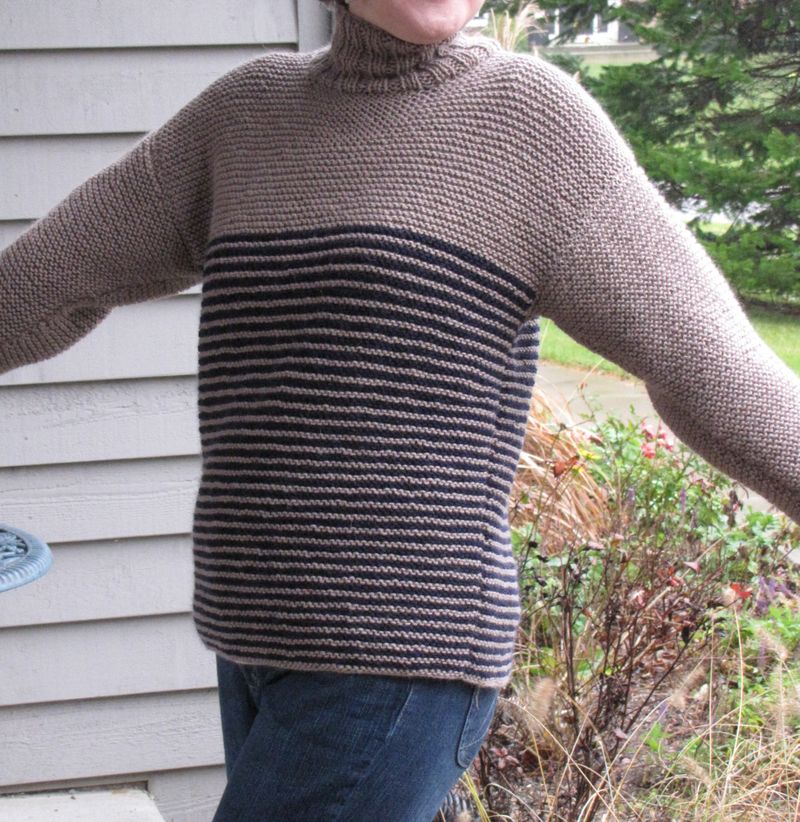 This process has given me a couple of important insights.  First, yet again, I have revealed my stubborn nature when it comes to setting personal goals.  And second, I have discovered that I need my knitting to be more . . . free-flowing.  And that's a good thing to know . . . about something that feeds your soul!

This process has also given me 12 pretty great sweaters!  But, boy, am I ready to knit some hats!

I think my favorite is either Nantucket Red or the Central Park Hoodie. I also really love Long Lucky, which really surprises me, because at first I didn't much care for it. I am seeing this type of sweater EVERYWHERE now, in all the stores. Of course there isn't much Thea designs that I don't like!

WOW! What an accomplishment knitting all those beautiful sweaters. If I could just put down my little sock needles...maybe I would try a sweater!

Now who would have known that you don't like to be told what to do!!! Wow, Kym.

You're sweaters are absolutely beautiful. You're just about the best knitter I know! And I love your earlier post about doing Christmas your way. It's become too much--definitely time to simplify things and enjoy the season more. Perfect!

Kudos to you! And they are all nice.

Fabulous sweaters all of them. I have snuck some of them into my Ravelry queue too.

I've been knitting lace triangles for Christmas presents - on number 6 or is it 7. Very satisfying particularly on 3mm needles. Either Forest path or Forget me knot or a straightforward Leaves from Evelyn Clarke. With a bead on each point.

I know just what you mean and if I hadn't knit several shawls, socks and other things I might have made the 12 sweater goal. All your sweaters look fabulous and I know you'll enjoying wearing them.

Oh my, this makes me laugh -- only because it's like I'm looking in a mirror. "You're not the boss of me!" Fighting authority, even when you're the authority!!

An amazing accomplishment -- free-flowing or not -- and they are all WONDERFUL. ; ) Congratulations!!

I love the sweaters, but I hear you on the deadline and the authority!

Nothing wrong with being stubborn, ya know. ;^)

WOW! What an accomplishment! Congratulations for following through that BIG challenge. I can understand why you didn't sign on for 2010 but I think it's grand that you carried on and completed your task. Fortitude and character - you went where many won't and won!

Kym,
Clearly you went BIG on this one. And if I remember correctly you also snuck in a scarf for the Red Scarf Project as well as two lovely lace wraps.

They all are gorgeous- and your goal was completed with time left to do other knitting or holiday kitting - that is, if you wanted to.

Your projects are each so solid and handsome; some are patterns I have marked as favorites as I browse for what to begin next. It's lovely to see them as a group.
Thanks for the inspiration!