Stepping Away from the Edge
Home Archives Profile Subscribe
The Greens of Summers
Be the Froot Loop!

It's a PigPen Thing

When I was a kid, I liked reading the Peanuts cartoon.  PigPen was always one of my favorite characters in the Peanuts world. I was intrigued with the way dirt just followed him around.  He was always a mess, living in a cloud of filth.  No matter what he tried, he just couldn't shake the dirt. 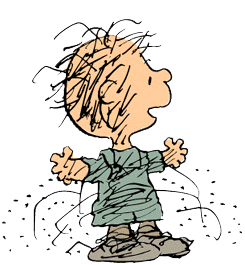 The image of PigPen and his ever-present dirt cloud stayed with me over the years.  Eventually, I developed an entire "PigPen Philosophy" based on this little character.

You know how, in adult life, you have . . . things . . . that sort of bug you at a mundane, below-the-surface level?  Things that kind of . . .suck the fun out of your day . . . for a minute?   Like, you're cruising right along, getting all the things done on your to-do-list and then, it hits you.  You have to go to the dentist tomorrow to have a few fillings replaced.  Bummer!  OR you're out at a movie with friends, enjoying your evening, when, suddenly, you remember that you have your annual pelvic exam and Pap smear early the next morning.  Yuck.  OR you wake up in the morning, ready to start the day, and then you remember -- today is the day you need to give a bad performance review to one of your employees.  Not fun.

I'm sure you get the picture.  These are not big problems in the grand scheme of life, but they do tend to weigh you down a bit.  When one of these mundane, bothersome events lurk in my psyche, I think of PigPen.  Actually, I become PigPen.  Only it's not dirt that's following me around.  It's momentary dread of impending . . . Yuck . . . that I can't shake.

Earlier this summer, I went in for my annual physical with my internist.  Things were fine. . . until he said the dreaded phrase, "Now that you're 50, we need to schedule a colonoscopy."  Ah, now that sounds dreadful.  A definite PigPen thing! 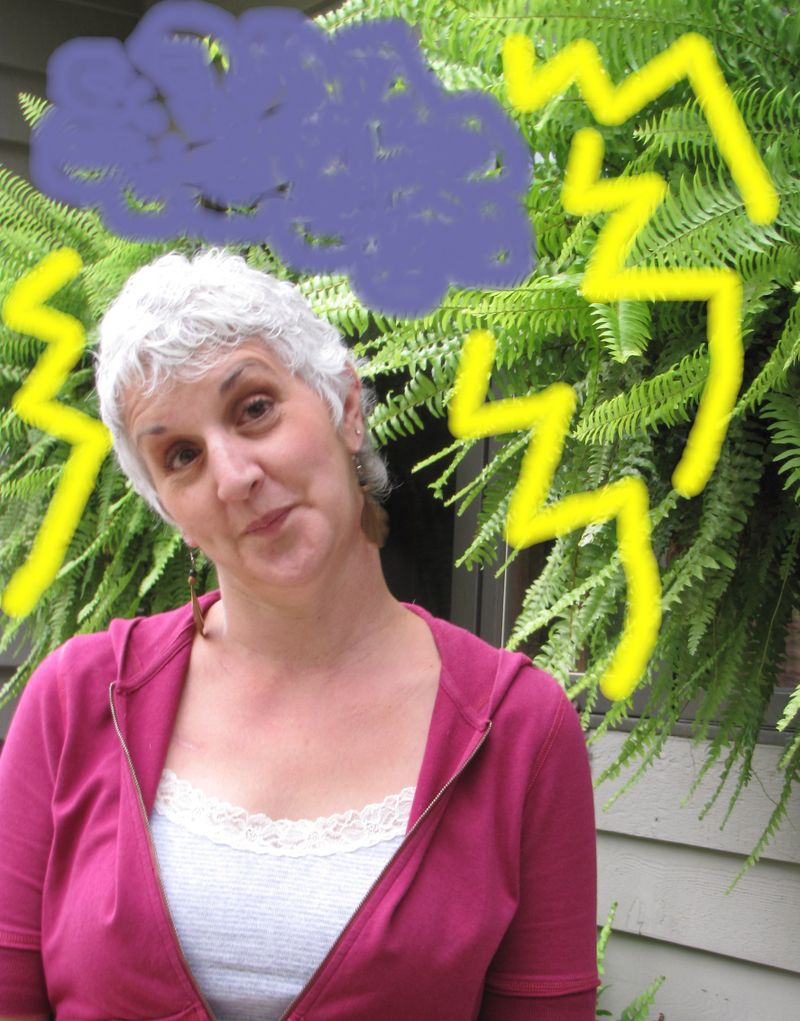 The Big Day is today, so I've been living in a PigPen cloud of impending Yuck for a couple of days now.

My thoughts are with you -- I've done it twice and the preparation is the worst part. The actual "exam" is a piece of cake. I used to work with someone I likened to PigPen, but he had billows of smoke stink around him!

Good luck! You've just reminded me that I need to call and schedule mine.

Someone said she felt fortunate to schedule tests like colonoscopies and other tests they say we need as we age. I'm not so sure. ;-D

I'm turning 40 this year but had to have one as a check last year. Agreed that the prep is so much worse than the actual exam (I took the drugs to knock me out). You'll be fine!

Warning: may be TMI, but useful info.
Been there. Wasn't as bad as I'd feared.
First time their measly little foggy-making meds didn't work worth a dang, just enough to remove my mental editor, so when there was slight discomfort (I have lots of adhesions from previous surgeries) they got an earful, and stopped before anything actually caused any pain at all.
Next time they put me right out, and it was not bad at all. I was still loopy enough to enjoy the noisy and inevitable after-effects from a belly full of gas. Got SUCH a case of the giggles.

Took a few days to completely recover (had some lingering mild pain) but not nearly as bad as I had feared.

I agree with Nancy, the prep is YuckY but I was out cold for the scoping. That was the easy part. Afterward, I was ravenous. Mom drove me to Cracker Barrel for a very tasty brunch. It'll be Okay.

hahahahaha, now you made me spit my wine! hey look at the bright side... you'll be out like a light and you don't look a day over 40! I've had two done.... so I can feel your yuck!

I was sick for several days after mine, but I am such a delicate flower ;). At my house, we cannot say enough about this dreaded test: if my hubby had had his ON SCHEDULE and not 5 years later, then they would have found his cancer early and he would be fine today. As it is, he has had many surgeries, chemo, radiation, and a number of lingering side effects (that may never resolve...though he is supposed to be cancer free). Have the test and if you feel like whining, remember my husband.

PS, Kym: I hope my state fair stuff does okay, too -- thanks for the encouragement -- but the competition has gotten so fierce! Tomorrow will tell!

I am avoiding mine too. My mom passed away from colon cancer and my siblings and I were told at the age of 40 we should be having the "c" exam. The other 4 have had theirs and told me how awful it was... I have been procrastinating but think I will make a decision to move forward sometime later this year.

Oh, my, I am way over due, too. Thank you for the reminder!