On Saturday, Erin and I took Jenny to the Woofstock Fest!  Sponsored by the Southwest Michigan SPCA, Woofstock was billed as Kalamazoo's Grooviest Pet Friendly Event ---- and it was! 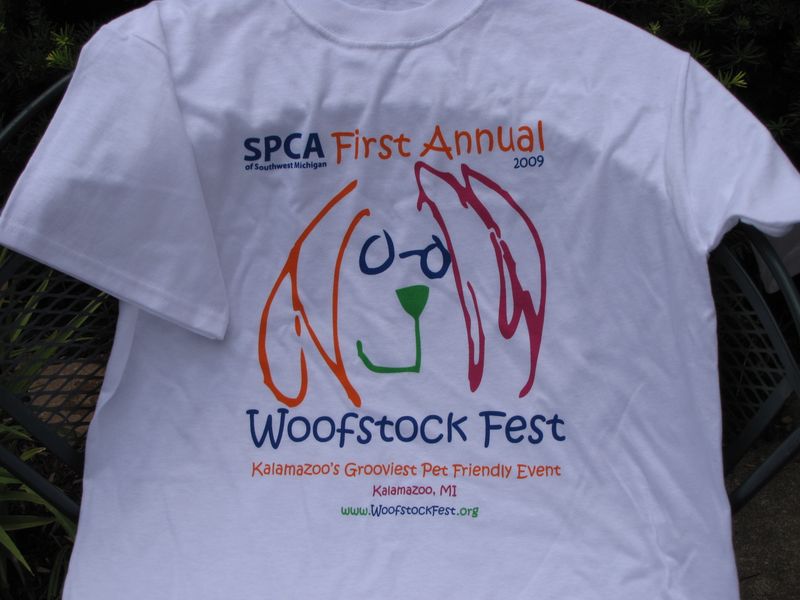 Woofstock was held in downtown Kalamazoo, on the Arcadia Creek festival grounds (we really like our festivals here in Kalamazoo!).  The event was fun, quirky, and very well organized, especially given that the target audience was, well, dogs!  There were contests and demonstrations, workshops, live entertainment, arts-and-crafts, dog adoptions, food -- even a beer tent. 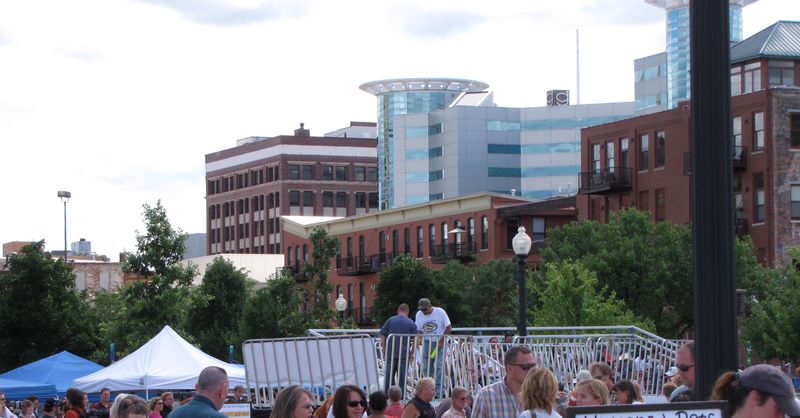 The turnout for the event was HUGE!  Lots of people.  Lots of dogs.  Dogs of every size and type imaginable; many in costume.  It was so crowded that I had a really hard time taking photos at the event.  Let's just say that Jenny had plenty - PLENTY - of butts to smell (unfortunately, not all of them belonged to dogs. . .).

Our local SPCA is in the midst of a capital campaign to build a new shelter.  There were many fundraising opportunities at Woofstock, including a paw-print mural.  For $2, you could include your pet's paw-print on a canvas wall hanging to be installed in the new shelter. 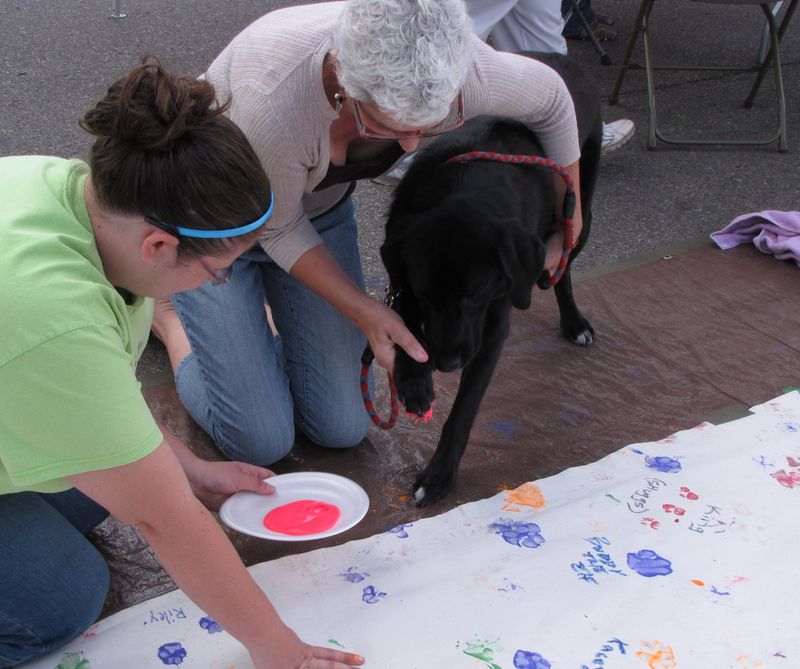 Jenny was an eager participant.  So eager, in fact, that she initially stuck her nose right in the paint!   We managed to get her paw print, though. 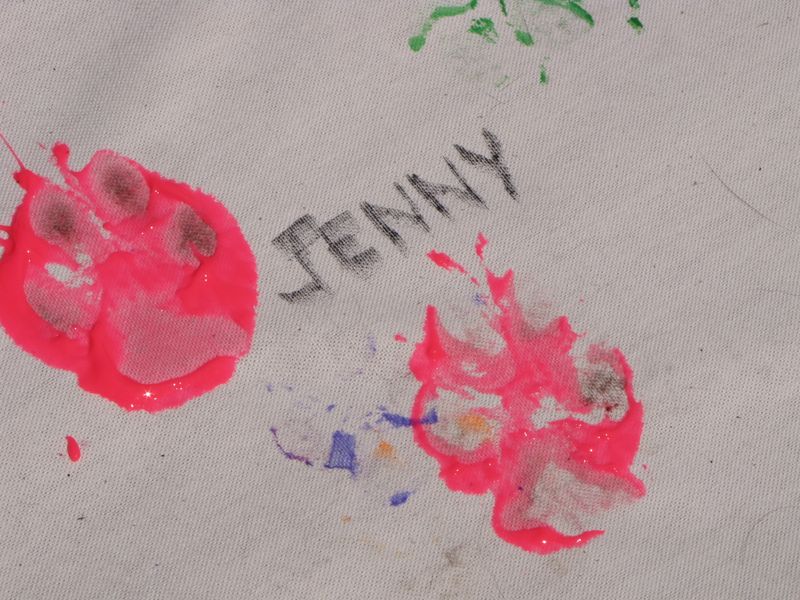 We had a great afternoon.  The SPCA is one of my favorite organizations -- and I will always support them in any way I can.  Jenny was a shelter pup (born at the SPCA), and our previous dog (Jake the Wonder Dog, who was with us for 14 fabulous years) was also a shelter dog.  If you are considering adding a pet to your family, please check out your local shelter.  There are so many wonderful pets waiting for good homes.  You can also support your local shelter in other ways.  In hard economic times, shelters really take a double (or triple) whammy.  Donations are down, more people are abandoning their pets, and fewer people are willing to adopt.  Consider a financial donation, or donations of food, toys, or other pet items. 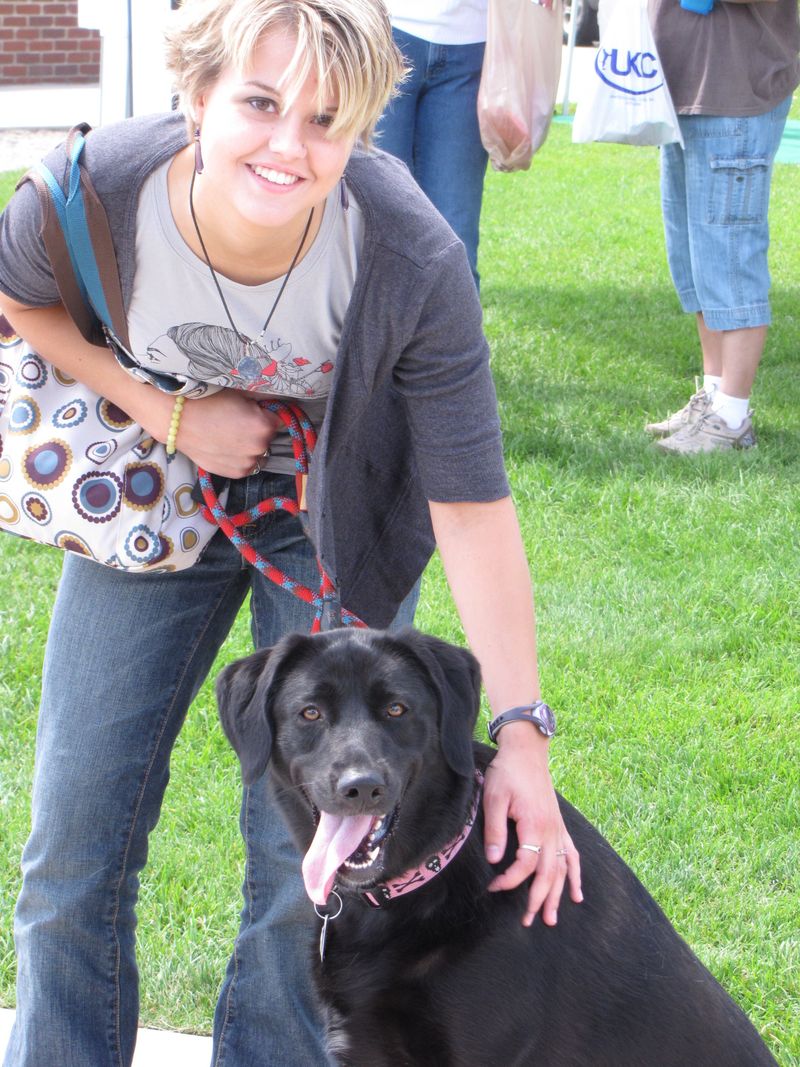 It's a groovy thing to do!

My dad is active in GRRN -- Golden Retriever Rescue of Nebraska. When he takes his own rescued retriever, Bear, to the parade and picnic, Bear always pees his foot, as if to say: This is MY daddy and no one else can have him!!

Love Jenny's red nose. What a co-operative dog she is! It almost looks as if she's dipped her little paws in white paint as well! Nice blog!

I am glad it was such a fun event! I believe in adoption from a shelter, however we are gun shy, as we were turned down repeatedly a few years back. We had 2 very geriatric dogs, and wanted to get a young dog. We did the whole visiting with the dogs etc, had a home visit, filled out reams of paperwork. We have a glowing recommendation from our vet. Our animals lack for nothing. But we were turned down 3 times. It was too hard to go and look anymore, so we adopted a puppy privately.