On Thursday this week, my Grandmother will celebrate her 100th birthday.  We celebrated the event, as a family, on Saturday. Her cake was very cool (except for the Frosting Issue. . . my poor cousin, Lori, who was in charge of the cake, was in Quite a State about that). 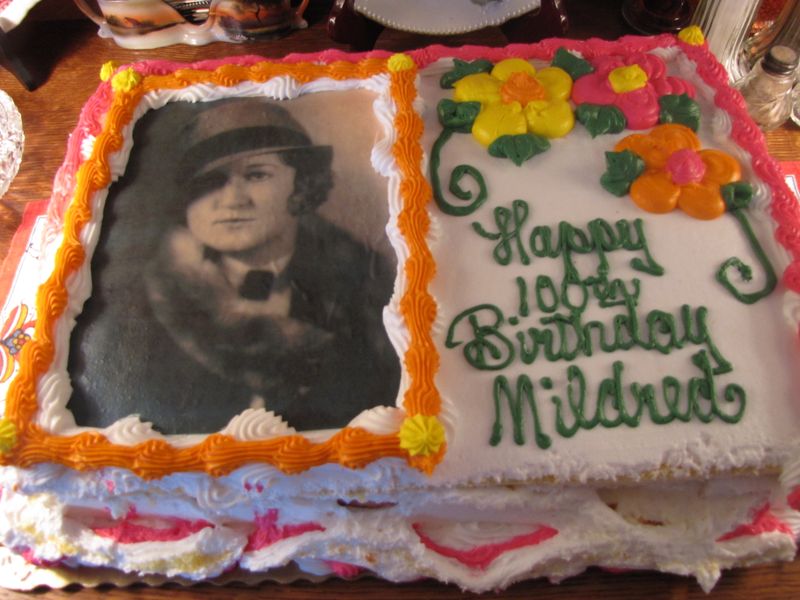 Doesn't my Grandmother look like she may have starred in "Casablanca"?

My Grandmother is in amazingly good form for 100 years.  She lives in an assisted living facility, but doesn't really have much assistance yet.  She tires easily, and has started to use a walker for longer distances,  but she's still very sharp.  She still very much cares about Protocol --- you know, bringing out the white handbag after Memorial Day, having her hair done on Tuesdays, not being late for birthday parties, that kind of thing.  She's an avid reader, follows world events (albeit on Fox News. . . ), and clearly remembers purchasing a sofa, side chair, dining room set, bedroom set, and a few side tables (maybe even some lamps) for $300 when she got married.  She's also a die-hard Cubs fan!  Watches every game on tv and continues to hope. . . 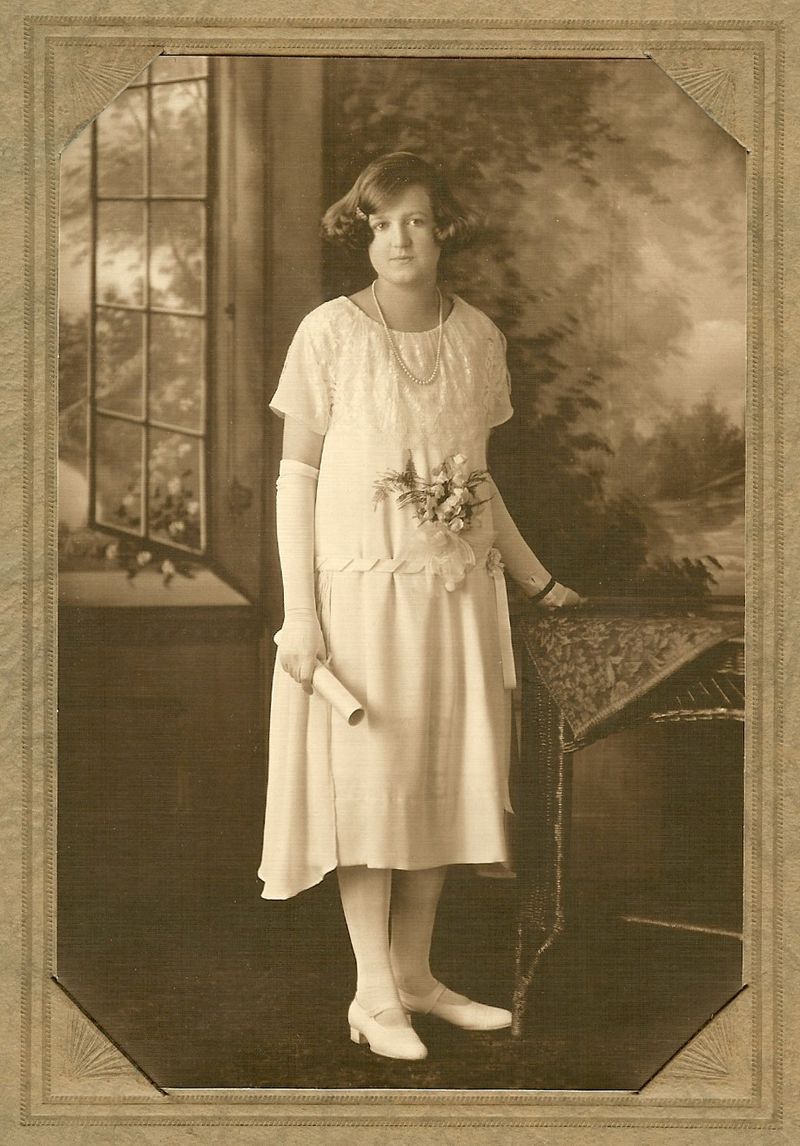 Grandma at her confirmation; she thinks about age 13 or 14.

I made a scrapbook for my Grandmother to commemorate her Centennial Birthday.  I included old photos and a time line of events that have happened over the past 100 years.  For example, the cement was poured for the Panama Canal the same summer my Grandmother was born!  Women couldn't vote yet.  There hadn't been any world wars.  No radio.  People had horses.  No wonder she was a bit bewildered when another cousin presented her with a DVD of photos!  (She showed my husband the DVD case and told him, "There's a little photo album in here!"  Later, she was visibly agitated when my Mom mentioned, casually, that my cousin would be "burning more copies later.") 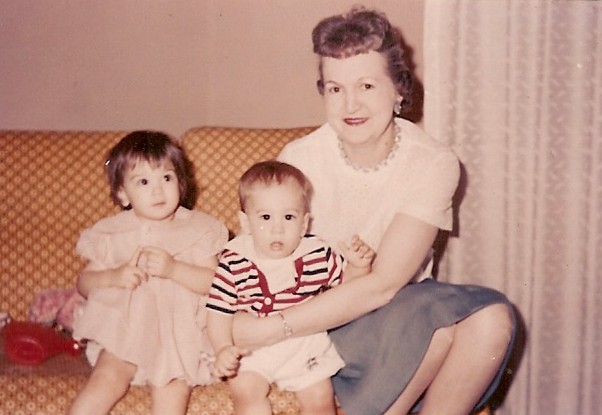 It was nice to be able to be together with family and celebrate such a momentous event. 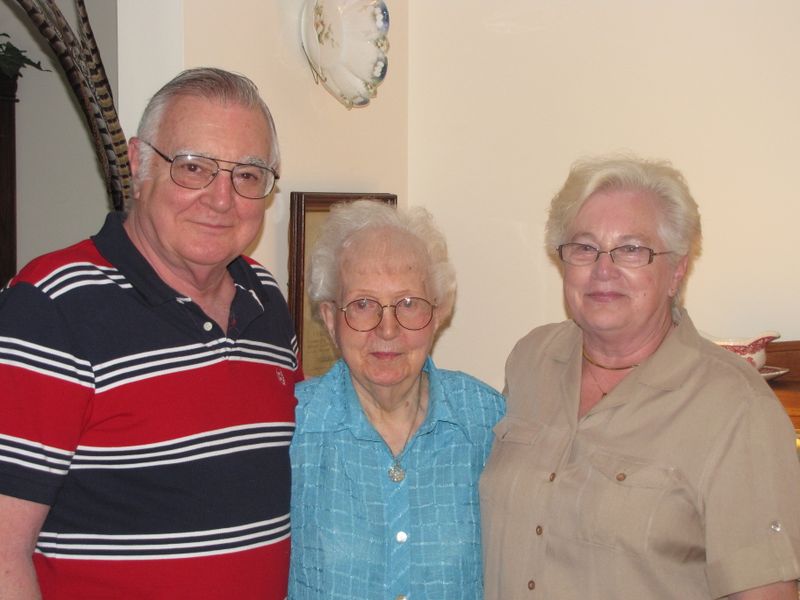 My Grandmother with two of her "kids" (my Dad and my Aunt; my Uncle will arrive later to celebrate).

I so enjoyed reading about your Grandmother! The photos were lovely! And yes she could have starred in
Casablanca.
What an incredible life...the time line must have been an extraordinary experience to complete. And Fox's fair and balanced news...well it's there to balance NPR's All Liberal Things Considered...:)

And I must comment on the cake - I think it is beautiful!!!

Thanks for sharing the lovely photos.

What a wonderful grandma birthday post - there is something about seeing those photos of younger years - time marches on....
She looks amazing!

How Wonderful! You have a lovely family!

Your grandmother looks younger than her age! Great photos!

Your grandma is a treasure! She's a good looking 100!